Every week we like to look back at everything we have read to bring you more information about the digital divide, digital inclusion and technology trends from around the web. Today on The Weekly Plug we look at the impact of the rural digital divide, how students face a digital divide in the classroom and finally how human-I-T is now a semifinalist for The Drucker Prize in this edition of The Weekly Plug.

Poor Students Face A Digital Divide In The Classroom
When it comes to the digital divide, not every school has similar high-speed internet access, which often prevents students from completing course assignments. At the same time, there is also another divide that isn’t talked about, one involves having teachers properly skilled with technology that is used in the classroom.

Rural America Is Divided With Dial-Up
Internet access is vital for many communities to gain access in the 21st-century economy, but those who live in rural areas are often stuck with dial-up speeds that remind us of the late 90’s. Those who live in distant communities lack the necessary service providers to provide high speed broadband to compete for a global marketplace for jobs and services.

human-I-T Advances To The Drucker Prize Semifinals
It’s another exciting week here at human-I-T. We’ve been named a semifinalist in The Drucker Institute Prize with 50 other nonprofits competing. The Drucker Prize this year, which recognizes organizations that “best meet Peter Drucker’s definition of innovation— a change that creates a new dimension of performance’—and makes a meaningful difference in the lives of the people they serve.”

Related articles from our blog: The Social Cost of Digital Exclusion 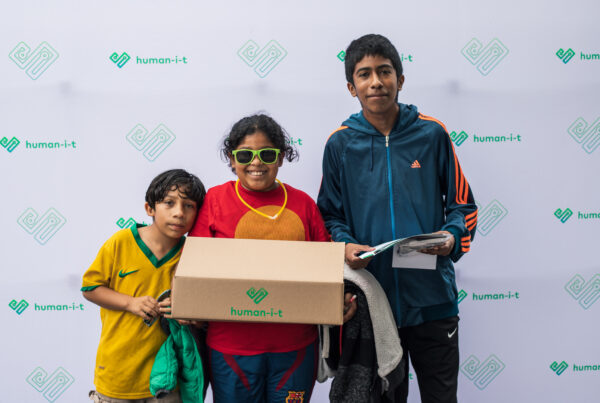